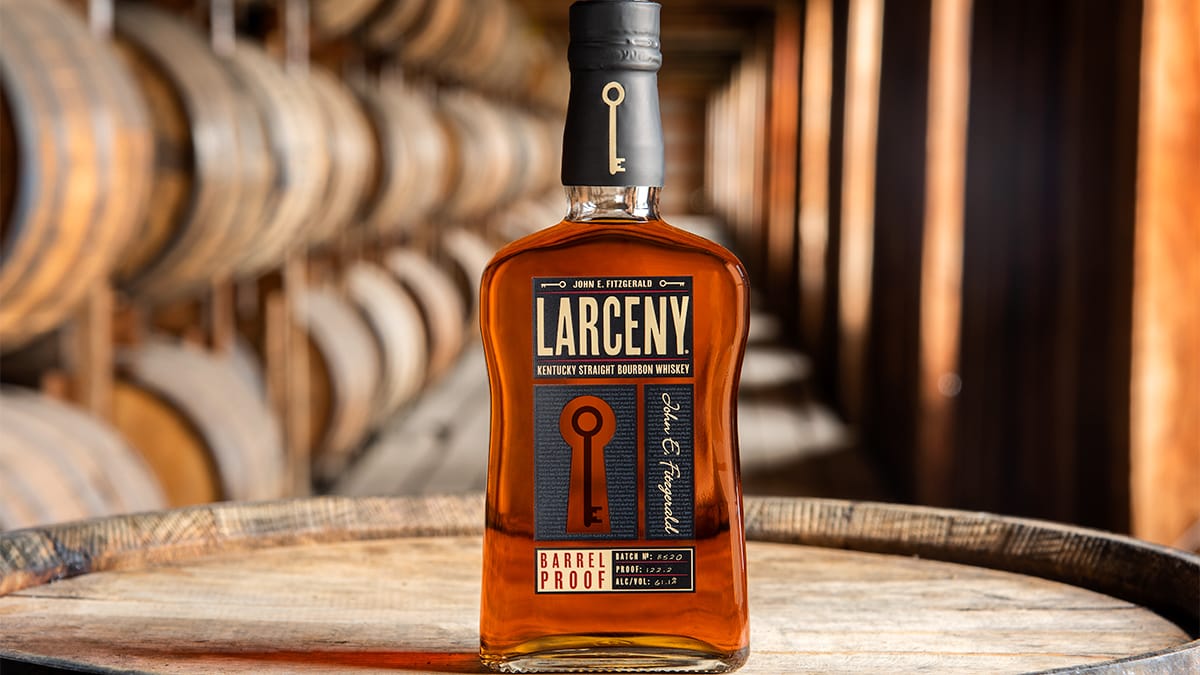 2020 has been an eventful year to say the least. But all of us at Heaven Hill Distillery are proud to share some positive news from Whisky Advocate magazine and their esteemed panel of judges.

Larceny Barrel Proof Bourbon was named Whisky Advocate’s 2020 “Whisky of the Year,” the second time Heaven Hill Distillery has received that honor in the past four years. Elijah Craig Rye Whiskey was also named #7 in the 2020 lineup. Both products join previous winners Elijah Craig Barrel Proof, named the 2017 Whisky of the Year, and Heaven Hill Bottled-in-Bond Bourbon, which earned #4 in 2019 on Whisky Advocate’s renowned and highly anticipated top 20 listing.

As noted in the Whisky Advocate Fall 2020 Buying Guide, “Larceny’s barrel proof expression…is a treat worth waiting for.” Whisky Advocate’s Top 20 are chosen each year from a collection of the highest-rated whiskeys nominated by the Buying Guide reviewers, and ranked based on quality, value, and availability.

This year’s awards are especially exciting in that they demonstrate Heaven Hill’s top ten recognition for four unique whiskey expressions made with three different mashbills since 2017: our traditional Bourbon mashbill made with rye, our wheated Bourbon, and our Rye Whiskey mashbill. It’s an honor to be awarded for an exceptional consistency across our diverse portfolio of American Whiskeys. You can read about and watch the full reveal on Whisky Advocate’s website for Larceny Barrel Proof here and Elijah Craig Rye here.

“For 85 years, the Heaven Hill Distillery team’s commitment to quality and perseverance has set the course for our historic brands to thrive,” said Master Distiller Conor O’Driscoll. “Rooted in a storied brand, Larceny’s relatively new appearance to the category has inspired our innovation process. For two of our mashbills to receive the highest Whisky Advocate recognition in their purest, barrel proof forms is a testament to Heaven Hill’s distilling legacy.”

Larceny Barrel Proof Bourbon launched in January 2020 as the first line extension for the brand, offering whiskey fans an opportunity to taste Larceny as Heaven Hill’s Master Distiller does, straight out of the barrel. Descendant of the wheated Bourbons that make up the historic Old Fitzgerald franchise acquired by Heaven Hill Distillery in 1999, the non-chill filtered bottlings are released three times per year. While the top award for Larceny Barrel Proof was for the B520 release, Whisky Advocate Executive Editor David Fleming notes “you’d be wise to give any of them a try.”

Continuing the tradition of Old Fitzgerald using wheat in place of rye as the secondary grain in the mashbill, Larceny is known for using more wheat than any of its competitors for a softer, rounder character. The brand is inspired by the history of John E. Fitzgerald, a treasury agent in the late 1800’s and early 1900’s, who was one of the only people legally allowed to carry the keys to the barrel storage rickhouses. With a discerning palate for fine Bourbon, John E. Fitzgerald often used his rickhouse keys to gain access to some of the finest Bourbon barrels for himself. Those barrels from which he chose to help himself were often referred to as “Fitzgerald barrels” around the distillery. Larceny Barrel Proof Bourbon is released three times per year in limited quantities nationwide.

Visit our Larceny Barrel Proof page for tasting notes and more details about each release.