The 3 Families Behind Grain To Glass 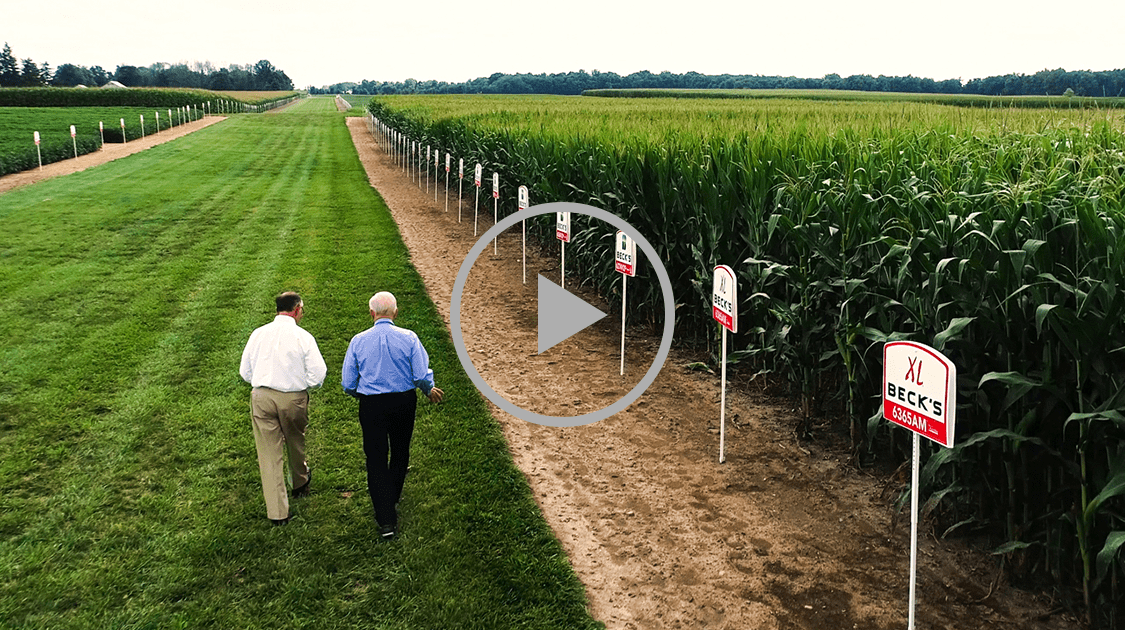 The phrase, “family business,” evokes a broad range of meanings: pride in heritage, dedication to a longstanding craft, and the adherence to core values that direct how the business, and the family behind it, operate.

Those shared principles also lead family businesses to partner with each other. It’s how Heaven Hill Distillery connected with Beck’s Hybrids and Peterson Farms when it launched its Grain to Glass project. Wanting customized grains for the creation of new whiskeys, the distillery sought the advice of one of Heaven Hill’s longtime grain suppliers, Bernard Peterson of Peterson Farms. The 13th-generation farmer and partner in the business knew exactly who to call.

“One of our employees was a former Beck’s employee, and he thought highly of them,” said Peterson, whose business is based in Loretto, KY. “I knew they could create what Heaven Hill was looking for.”

Founded in 1937, Beck’s creates hybrid grains that yield targeted results – like nutrient content in animal feed or improved yield in distilling. As Heaven Hill and Beck’s began collaborating on the Grain to Glass project, the natural fit in the partnership became clear.

It’s why our team at Heaven Hill is spending huge amounts of time with your team,” said Heaven Hill President Max Shapira during a conversation with Sonny Beck, CEO of Beck’s Hybrids. “Paying that much attention to detail, to quality, to the way seed grains are put together by you guys—that gives us the chance to put our magic to it and develop it into a great whiskey.”

In 1935, Max Shapira’s father, Ed, entered into distilling just as an investor, but when his partners couldn’t run the business profitably, the Shapira family bought them out and took over. Though successful as department-store retailers, the Shapira family realized they had much to learn about selling whiskey. But over time, Heaven Hill Bottled-In-Bond Bourbon became Kentucky’s top-selling Bourbon.

“My dad told me this business takes a lot of patience and perseverance to move forward,” Shapira said. “He told me to create a strategic direction that meets opportunities as they arise, and then persevere along that path.”

The Beck family faced a similar learning curve, evolving from a small farming operation to one that helps today’s farmers keep up with 21st century demands. In addition to their high-performing products, Beck’s helps farmers succeed by providing value-added programs that increase profitability.

And just as whiskey aging requires patience, so too does grain development.

“When we breed hybrids, we don’t know how they’ll perform at the beginning of their lifecycle,” Beck said. “We might not know for as long as seven or eight years. That’s why we put the products through various testing each year before we release them to sell.”

Add up the time required to create a new hybrid seed to the years needed to make whiskey from it, and you have a product whose beginning and bottling bridges generations. That’s the investment these companies are making in Grain to Glass.

“Sonny has seven to eight years invested in it, and then we’ve got to put seven or more years into it,” Shapira said. “All I can say is when you have that much effort invested into one product, you’re going to get an unbelievably fantastic whiskey!”

Innovation such as this, Shapira said, is always a gamble in the spirits business for distillers researching what products customers will want five, 10, and even 20 years into the future. “It is the toughest part of the business,” Shapira said. “But we have the freedom to make decisions without concerns of shareholder opinions.”

Beck said that long-range estimates are equally challenging in farming due to rapid changes in technology. When his family began farming a century ago, horses did most of the work. Now, he said, computerization influences every part of his business, from understanding the ground, to synching grain harvesters, to geo-positioning satellites.

“The world is doubling its shared knowledge every two to three years now,” he said. “And I have to say, in order for us to continue helping farmers succeed, we feel it’s our responsibility to stay ahead of the latest advancements to ensure farmers have what they need in the future.”

The proliferation of technology has introduced a variety of unforeseen risks and rewards, but family-owned companies, like Peterson Farms, are perfectly positioned to adapt and overcome future obstacles.

“Having the independence and flexibility to change direction when needed is both a blessing and a curse,” Peterson said. “If the decision is good, everyone’s happy. But if it’s the wrong choice, it’s all on the owners.”

“Being able to conceptualize new ideas and put them into action happens much more easily than you’d see in the corporate world,” said Peterson. “It’s one reason we like to work with other family-owned businesses.”

Peterson said family businesses like his, Beck’s, and Heaven Hill network constantly to share ideas that benefit all companies and their customers. In industries dominated by large, publicly-held conglomerates, he said such banding together creates solid camaraderie.

“You gain trust over time working with the same companies and getting to know those people,” Peterson said. “Being able to rely on those long-term relationships with companies like yours is really important.”

When asked if being involved in the Grain to Glass project held any special significance for Peterson Farms, he immediately affirmed it did.

“It’s very exciting for us, a real sense of pride to see a product you helped create go to the consumer,” Peterson said. “When we see those first bottles on the shelf and get to think, ‘Yeah, we were part of that project,’ that will be pretty special.”