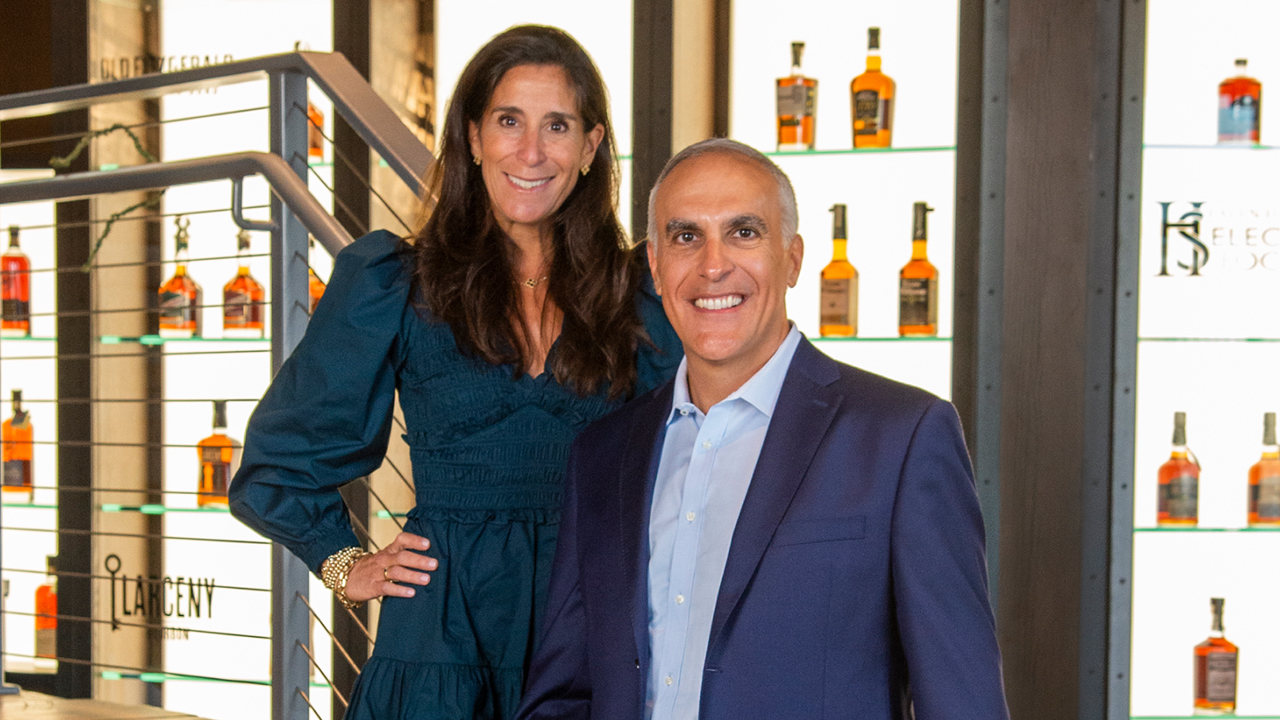 According to Kate and Allan, though gratifying, their new appointment didn’t come as a surprise. Max had been preparing them for that role for over two decades, and on many occasions, Max expressed publicly his intentions of extending Heaven Hill’s family’s ownership into its 87th year and beyond. Despite leading the company to become America’s fourth largest spirits maker and the world’s second largest holder of aging bourbon, he considers this handoff to be the proudest achievement of his remarkable career.

Though Kate and Allan are settling into their shared post, both regard the shift as more evolutionary than revolutionary. They describe their task mostly as building on Heaven Hill’s established strengths and working to extend its global market reach. The present is exciting, both say, but viewing Heaven Hill’s future potential is humbling and inspiring.

Q: THOUGH YOU’VE KNOWN FOR SOME TIME THAT YOU’D TAKE ON THIS NEW ROLE, HOW DOES IT FEEL NOW THAT IT HAS COME TO FRUITION?

Kate Latts: It’s pretty amazing to think that this company and its 87 years of success is now being trusted to me and Allan. Over the 21 years we’ve been here, there have been many things my dad has trusted us with as he’s given us more and more responsibility over things like brand strategy and major decisions in operations. We’re super honored to rise to this occasion and accept this opportunity.

Allan Latts: We’re excited about becoming leaders ourselves and charting our own paths while learning what Max has done well during his time as president.

We’re also fortunate to have had an orderly and thoughtful transition of leadership here. For Max, the transition happened at the death of his father, which was unfortunate and challenging.

Kate: Stepping into this makes me wonder what my dad—when he took over the company—took from his father, and how he navigated that balance of being his own leader while following what his own father did. We’re lucky to have him around to discuss those things if we need to.

Q: WHAT WOULD YOU POINT TO AS MAX’S GREATEST CONTRIBUTIONS TO HEAVEN HILL?

Kate: One of the most significant things my dad did was recognize the need for the company to build out a diversified product portfolio during the 1970s and 1980s. Had he not brought spirits other than American whiskey into the company back then, Heaven Hill might not still exist. American Whiskey companies that didn’t evolve like that or didn’t move to meet changing consumer demand either closed or were sold.

I think his other largest contribution was how he led the company after the fire in 1996. In those darkest days he made sure that people came first. He assured them that when we all work together as a team, we can rebuild and persevere.

Q: LET’S TALK ABOUT YOUR TERMS THUS FAR AT HEAVEN HILL. CAN YOU POINT TO SOME SIGNIFICANT MILESTONES OVER THOSE TWO DECADES?

Allan: The obvious ones are some major acquisitions such as Deep Eddy Vodka and Hypnotic liqueur several years ago, and most recently, Samson & Surrey and its premium brand portfolio. Those acquisitions have continued the company’s move toward diversification of our overall brand portfolio. The creation and the growth of Elijah Craig is another one. The value that that brand has created for the company—that’s a big one.

Personally, that we have two kids who are interested in the business is great; to see them develop a connection to the family business and be interested in it is gratifying. Whether they join it or not remains to be seen, but they’re regularly part of the conversation around the dinner table and are curious about it. We like that a lot. Heaven Hill is a consumer products company, so that they can touch, taste and experience those products, and identify with them, that’s good for our family.

Kate: For me, speaking at the Marvin Shanken Impact seminar a few years ago is memorable. I spoke to an industry group on American Whiskey’s continuing renaissance, and it was a sort of coming out from beneath the wings of my dad and the leaders in our sales organization to share my own thoughts on the industry. To be on that stage, giving a presentation to that audience, without using notes, walking across the stage and not behind a podium, I was establishing my own credibility in the industry. I gave a presentation I thought was authentic and informative rather than just an advertisement for Heaven Hill.

Q: YOU’VE GOT A LARGE PROJECT UNDERWAY IN THE NEW HEAVEN HILL SPRINGS DISTILLERY. DISCUSS THE THINKING THAT DROVE THAT DECISION AND THE FINANCIAL COMMITMENT IT ENTAILS.

Allan: Based on the strength of our presence in whiskey and our desire to grow the business, we knew our current Bernheim Distillery couldn’t meet that need. So, we had to build the new distillery to drive the business forward. Taking that into account, this wasn’t a difficult decision despite all the serious thought we gave it. Bourbon is a very capital-intensive business between running distilleries and bottling plants and building warehouses and filling them with barrels. You do all that and invest all that money, yet you don’t create any cash from those investments until you dump the whiskey after five to 25 years. Those are decisions we can’t take lightly.

Kate: When we look at the opportunities in the global marketplace, expanding capacity made sense. So, I agree with Allan that it wasn’t a difficult decision. It was just a matter of how and when.

When you think of the cost to build the distillery, look at it like this: If we could replace just 1 percent of the sales from the Scotch drinking category (about 1 million cases of distilled spirits) with Heaven Hill products, it makes this new distillery seem like a low-risk investment. The opportunity to compete successfully is that big.

Q: GIVEN THE AMERICAN WHISKEY BOOM AND HEAVEN HILL’S POSITION IN IT, WHAT DOES THE COMPANY’S FUTURE LOOK LIKE FROM YOUR CO-PRESIDENTS’ VIEW?

Kate: As the industry continues to premiumize and our portfolio expands, we’ll be focused on consumers who want to drink less while drinking better. That means we’ll continue to be a diversified company that’s able to deal with consumers’ changing tastes. We’ll continue building out the on-premise (restaurant and bar) piece of our business, and we’ll continue to make large investments in Bourbon and tequila, the two of the highest-growth categories for us.

For me, personally, I’m excited to be a role model, mentor and coach for other women in the company and also as I meet and associate with other women in sales and distribution channels outside Heaven Hill.

Allan: Of course, the future includes the fact that we’re now leading this company. But we’re big believers that it takes a village to run it well. Fortunately for us, we have a skilled leadership team that possesses an immense array of talents across the company. With the strength of those people behind us, we’ll be relying more on their abilities going forward. Even though we’ve been driving the strategy of how the company is run for some time, we’ll take a fresh look at how things are going and possibly make tweaks around the edges.

As Kate mentioned earlier, there’s so much opportunity in international markets, and we’ve not even come close to cracking that nut. That’s just part of what makes this business exciting, especially when you have so many brands with such incredible potential like we do.

Q: WHAT DO YOU, AS CO-PRESIDENTS, WANT YOUR LEGACY TO BE?

Kate: *laughs* Well, we really don’t 100-percent-know just yet! Day one was Sept. 1, so there’s still time to figure that out. 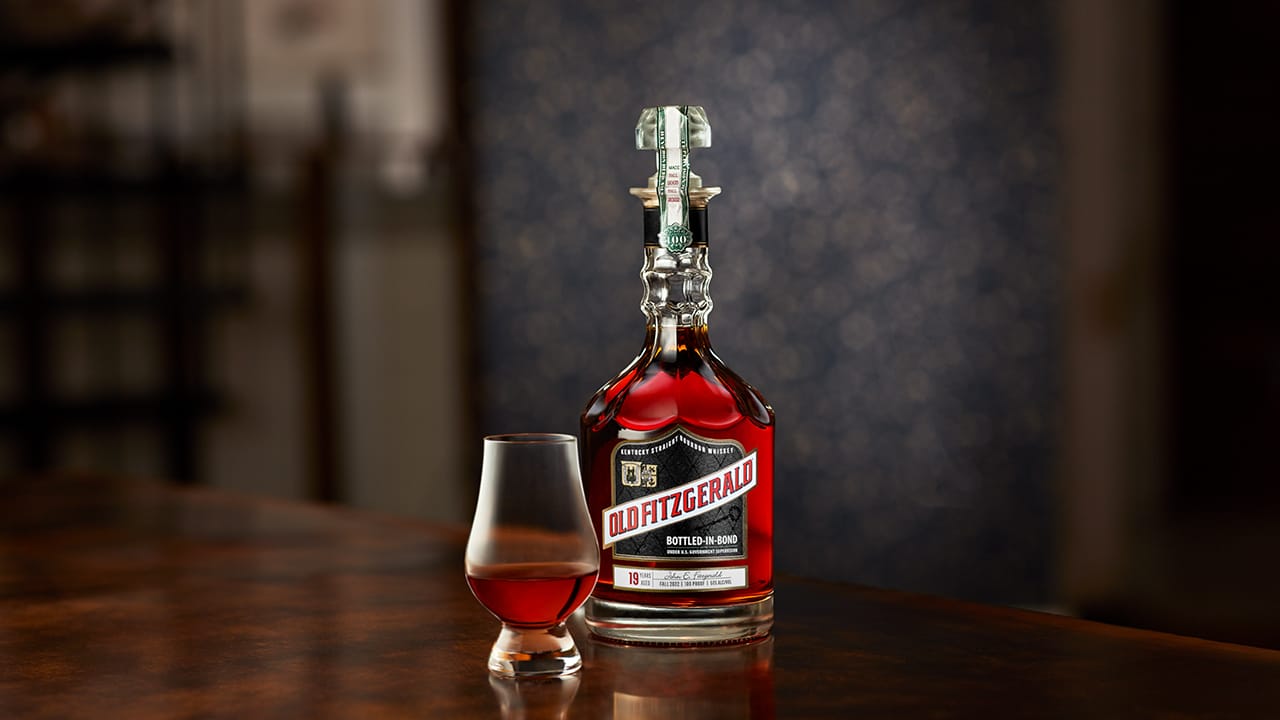 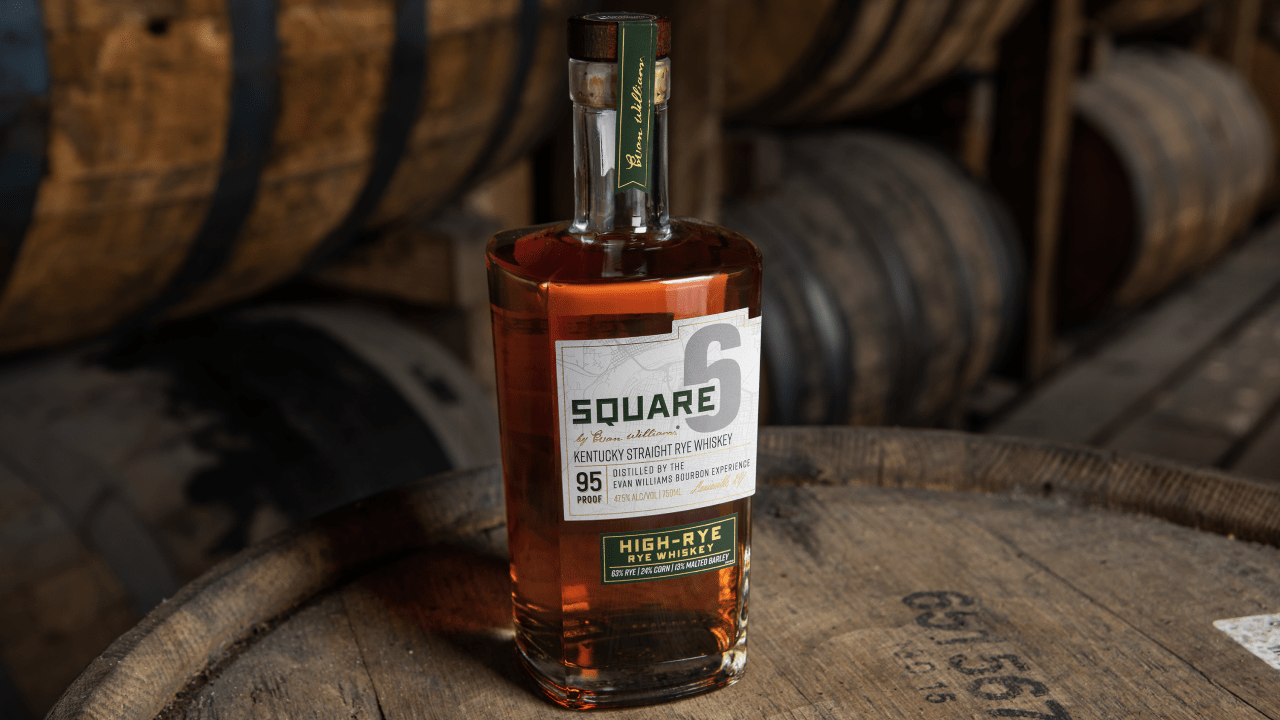