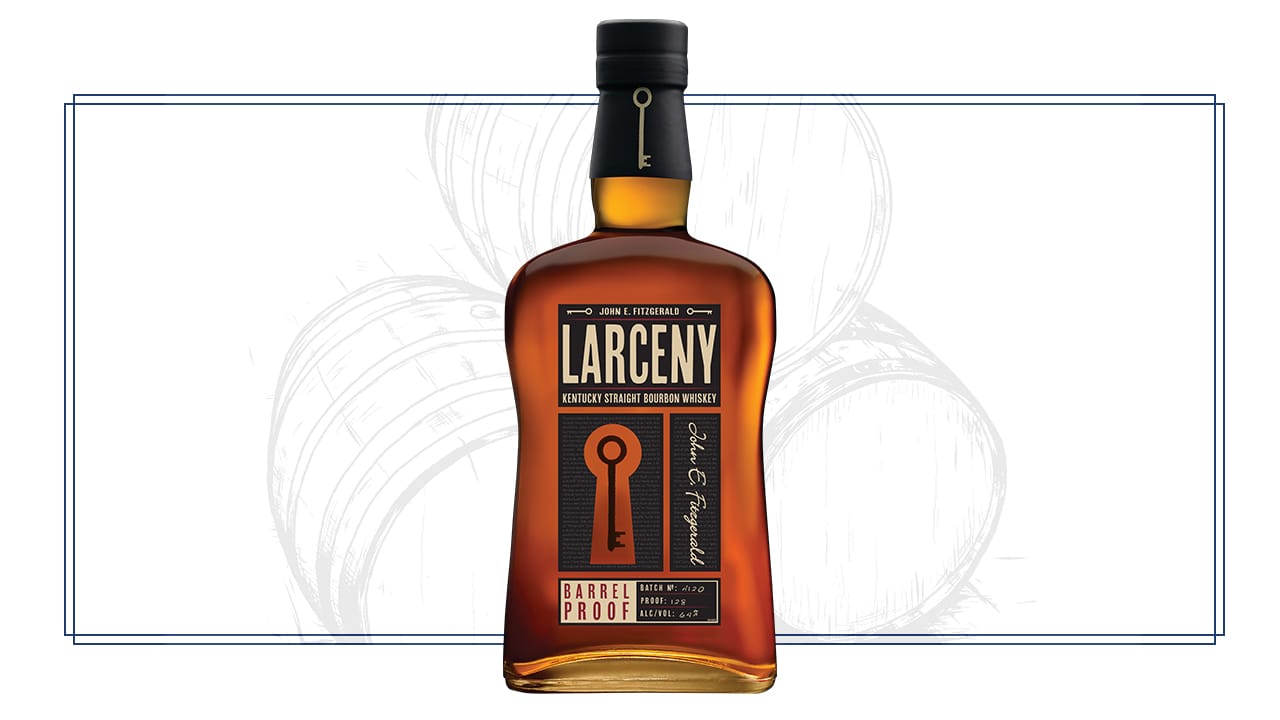 There’s a legend that surrounds John E. Fitzgerald. According to lore, he built a Bourbon distillery on the banks of the Kentucky River in the 1870s and sold his fine whiskey to steamships and railroad lines. The Old Fitzgerald brand was then registered in the 1880s by a man named S.C. Herbst, and eventually became the first great wheated Bourbon.

As with many great fables, there’s a somewhat true story behind that legend. Turns out, John E. Fitzgerald was not a distiller at all, but instead a bonded treasury agent, who at the time were the only people legally allowed to possess keys to the rickhouses. As it goes with many of these great characters in Kentucky history, Fitzgerald developed quite a preference for fine Bourbon, and would, unsurprisingly, use his rickhouse access to personally “sample” from the best barrels.

Today, his legacy lives on in Larceny Bourbon, which honors the superb taste of this lawless treasury agent and the heritage of the Old Fitzgerald brand. And now, whiskey fans will have the chance to sample Bourbon in much the same way as Fitzgerald did in the rickhouses more than 100 years ago — at full barrel proof and non-chill filtered.

Introducing Larceny Barrel Proof Bourbon, the first ever national line extension of the beloved Larceny brand. This non-chill filtered offering is a chance to showcase a bolder character, richness, and depth of flavor from our wheated Bourbon mashbill. Excitement and anticipation have been building since the Larceny Barrel Proof won a Double Gold rating in a blind sampling at the 2019 San Francisco World Spirits Competition.

In the glass, the aroma showcases dark chocolate with a hint of smoke. The palate reveals rich baking spices and honey with a smooth influence from the oak, and a long, lingering finish.

This very special Small Batch Bourbon will be released in three distinct batches per year, in January, May, and September. Because it’s a true barrel proof whiskey consisting of barrels aged six to eight years, each batch will vary in exact proof.

Releases will be cataloged following the same naming convention used in our Elijah Craig Barrel Proof Bourbon, and the custom batch number will be on each bottle:

The packaging follows Larceny’s traditional design, with its distinctive pinched-waist, flask-shaped bottle. On the front, a black label highlights Larceny’s hallmark skeleton key logo and the signature of John E. Fitzgerald. The lower face label denotes “Barrel Proof” in red and includes the batch number, proof, and alc/vol for each particular release.

Bourbon fans will be excited to know that Larceny Barrel Proof is a national, allocated release. This gives enthusiasts across the country a chance to taste a fully flavored, barrel proof wheated Bourbon, and share a toast in honor of old John E. Fitzgerald.

Check with your local retailer starting in January to find Larceny Barrel Proof. We’re excited to share this with the American Whiskey community.